Eleanor’s Endeavor is the story of how I begun my quest for happiness through running.

Back in February 2013 I was an 11 stone. I was working the evening shift of 1-9pm at RAC Motoring Services so I could do the AM school run and had no real goal that I was striving towards. By the time I got home it was often 11PM in the evening and I only had enough time to feed the cat.

Then I broke away from this unhealthy unbalance and realised that I wanted to be better than all that. In October of 2012 I had a cancer scare and I realised there was so much I hadn’t managed to get done yet. Bucket List stuff.  When I recovered from the illness, after weeks of being bed ridden, I realised I had nothing stopping me getting my plan done. I needed direction so I wrote down a list of all the things I wanted to do before I was thirty.

I didn’t want to look back and have any regrets on how I lived my twenties, still in a depressive spiral of survival mode I had entered during a handful of turbulent teenage years. I needed happiness and to do things for me and me alone.  One of them included visiting Mount Olympus as I’ve always been fascinated by Greek History.

“It’s a dangerous business, Frodo, going out your door. You step onto the road, and if you don’t keep your feet, there’s no knowing where you might be swept off to.”

But it’s also terribly exciting going on the kind of adventures that the girl who would never even run for a bus on principle could only dream of. Now I live those dreams, at 8.11 stone,  and follow Ultrarunner Kilian Jornet’s quest style search for happiness whilst working as a Freelance Writer.  I’m giving me more time for my daughter Holly, myself, and Magrat the cat who now sees me more than at meal times.

As a BA student of Classics  I feel inspired to follow Kilian’s footsteps and eventually run the Mount Olympus Marathon in Greece.  However, I have a fear of open spaces which I discovered whilst running up Scafell Pike Marathon which has made me adjust that dream to road racing.  I’ve now visited Greece several times but that mountain still calls at the edge of my dreams. 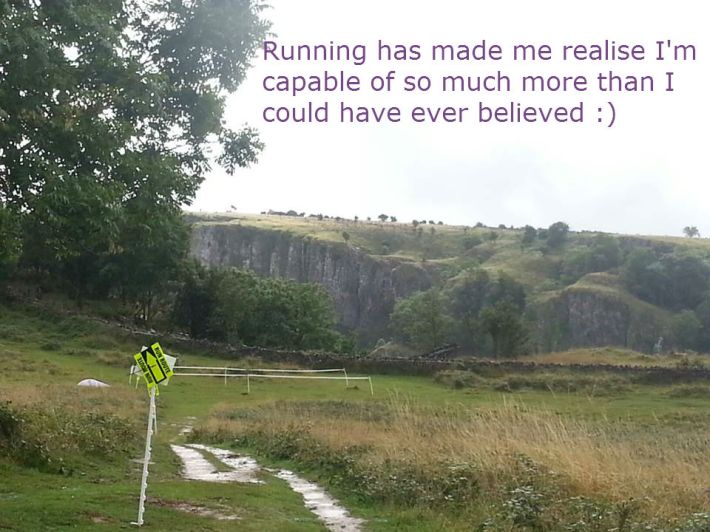